Study: Protein could be used to produce life-saving antifungals 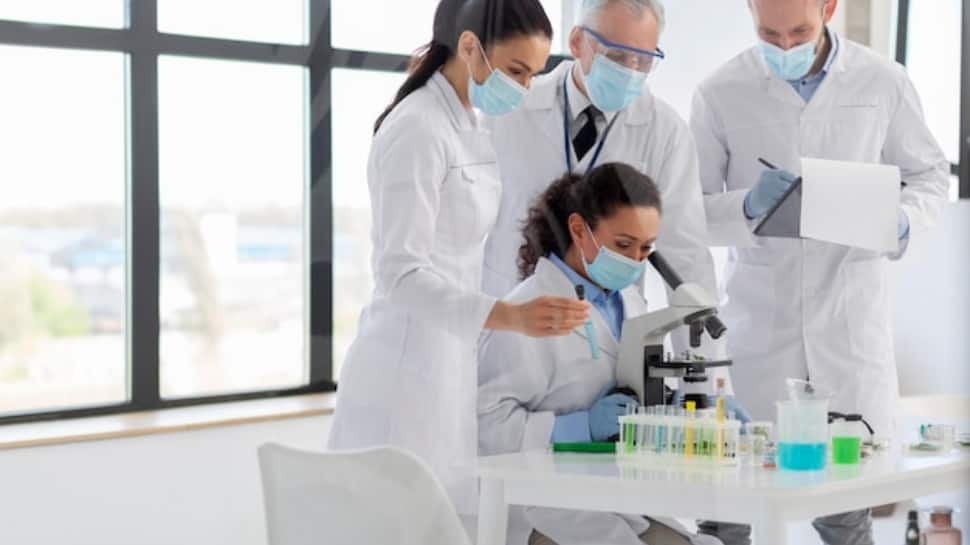 New Delhi: Researchers have discovered a protein that is responsible for controlling cell growth in yeasts. Since humans and yeasts have remarkably similar cellular mechanisms, teasing out the differences presents drug developers with new targets for treatments.

Yeast cells and human immune system cells rely on surprisingly similar chemical reactions to know when to grow. University of Arizona scientists have identified subtle differences between the two cell types that could help spur the development of antifungal drugs that are able to attack disease-causing yeasts in the body while sparing the immune system.

Their findings, published in the journal eLife, not only have implications for drug development, they also provide important insight into the evolution of an ancient growth control pathway found in all multicellular organisms.

It is well known in the scientific community that a conglomerate of proteins called TORC1 — short for Target of Rapamycin kinase Complex 1 — controls the growth of cells in everything from humans to yeasts. But researchers have now identified and named the protein that triggers this process in yeasts — a nutrient sensor and TORC1 regulator they named Ait1. When working normally, Ait1 shuts down TORC1 in yeasts when cells are starved for nutrients, blocking cell growth.”Ait1 is kind of like a hand holding TORC1 in place, with a finger that reaches over the top and flicks TORC1 on and off depending on how many nutrients a cell has,” said study co-author Andrew Capaldi, an associate professor in the UArizona Department of Molecular and Cellular Biology and BIO5 Institute member.

The Capaldi Lab is interested in determining how cells sense stress and starvation and then decide how fast to grow. Understanding how TORC1 is triggered in different organisms is important for developing treatments for a wide variety of diseases.

TORC1 was originally discovered in yeast, but it is also critical for the activation of cells in the human immune system to mount a response. When TORC1 isn`t working as it should, it can trigger the development of cancer, diabetes and various neurological disorders including epilepsy and depression.

“If TORC1 is too active, it can give rise to cancer or epilepsy. If it`s underactive, then it can cause depression,” Capaldi said. “We call this Goldilocks regulation.”

But the fact that human bodies depend on the same TORC1 pathway as yeast presents a problem. Capaldi said if scientists develop drugs that inhibit the growth of disease-causing yeasts by controlling TORC1, “we are in big trouble since TORC1 also controls the growth of human immune cells and more.”

“As an example, you can block the growth of yeast very easily using rapamycin — a drug that binds directly to and inhibits TORC1 — so that would fight any infection well,” Capaldi said. “However, that very same drug is regularly used in transplant patients to suppress their immune system, so that would be a disaster.”

The researchers found that while the TORC1 pathway is very similar in yeast and humans, humans don`t rely on Ait1 to regulate TORC1. So, drugs that specifically target Ait1 should inhibit the growth of yeast and not human immune cells.Ait1 has only evolved in the last 200 million years, which is relatively recent in evolutionary terms. About 200 million years ago a TORC1 regulator called Rheb seems to have disappeared from the cells of various organisms exactly when Ait1 evolved.

“We showed that some of the ancient TORC1 regulators found in humans (including Rheb) have been lost in the same yeasts that gained Ait1 200 million years ago,” Capaldi said. “These same ancient regulators have also been lost in the evolution of other single-celled organisms, including many parasites and plants. So, it is very likely that other single-celled organisms gained new regulators — similar to Ait1 — of their own. Now people can go out and look for them, as they will also be good drug targets.”

Kadha recipe: From high blood sugar to flu, drink kadha to beat ailments this winter – how to prepare at home