Vikram Vedha: Hrithik Roshan’s desi moves from peppy number ‘Alcoholia’ gets a thumbs up from fans! 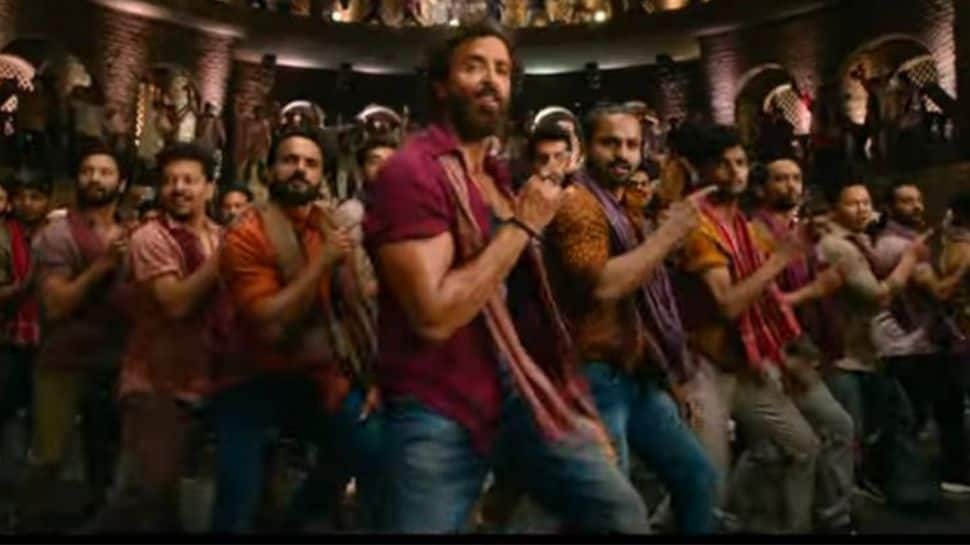 The song featuring Hrithik Roshan received a unanimous thumbs up from the viewers, with fans going berserk dancing to the hook steps. Some fans even joined hands with team ‘Vikram Vedha’ and performed a surprise flash mob for Hrithik Roshan who was overwhelmed by the gesture and joined his fans to dance with much gusto.

The cast & film team were amazed watching the song on the big screen and thoroughly enjoyed Hrithik Roshan’s dance number.

Speaking about the song, Director Pushkar said, “First I wanna thank Vishal Sheykar. When we spoke to them for the first time, they immediately got it,’ We know what is it exactly you want, you will get it’ that was their response and Manoj Muntashir wrote the lyrics for it and we love a good drinking song in each one of our films and I think this one has shaped out really well and especially because of Ganesh, the amount of effort he put into it. It was around 2 or 3 months of rehearsals and getting the team together then practicing with Hrithik and a lot of effort has been put by the team into getting this song. It might seem easy but it’s not.”

Choreographer Ganesh Hegde said, “Behind every song there is a reason and when Hrithik called me and said I have a song for you. I met the directors and realised that they are hell bent on creating a magical song. They were like really kicked and I have been working with Hrithik since a long time. We had earlier done a song It’s Magic and this time I had to create Magic on screen again with him. Thank you Gayatri ji and Pushkar ji for giving me a free hand and reliance for giving me such a big song. Thank you Vishal Shekhyar and the cast and crew. I think we did a good job.”

The song also features popular actor Rohit Saraf, who plays Vedha Hrithik Roshan’s brother in the film. Speaking about his experience of sharing the dance floor with Hrithik, Rohit said, “This was a dream come true for every actor. I remember in Abu Dhabi I found out that I’m going to do a dance with The Hrithik Roshan and then to top that it was being choreographed by Mr Ganesh Hegde. That was insane so I remember on Day 1 of the song shoot, and I got ready and I thought I’m gonna go to the sets and see The Hrithik Roshan dancing in front of me and I’m just gonna sit back and enjoy. Super excited I’m walking on set and when I reach I see take no. 1 and then the excitement has gone down a little bit. And then I see take no. 2 and it goes down a little bit more. When I went I thought I’m gonna get to dance with him and then after watching him dance I thought there’s no way I can do this. I’m so excited that I got this opportunity. Thank you Sir (Pushkar), Ma’am (Gayatri), Ganesh Sir and the entire team.”

Actress Radhika Apte further said, “I just told him why am I not on this side? I was so jealous sitting there. But seriously, what a song.”

Basking in all the appreciation from his viewers, Hrithik Roshan chimed in and said, “It was very hard, man. The song has a lot of steps that got me very tired while filming that we had to take a break because I was not getting it only and Ganesh Hegde being a perfectionist here, he would not leave me only. 1-2 shots were there where I told him ‘It’s done! It’s done!’ But no it was not okay for him so I had to keep going on again and again. But the song was so good I really liked the track and Vishal-Sheykhar have done an incredible job and they have liked the video of this song. They have seen it and they really liked it. For me when a music director likes something that you have expressed on screen then you feel assured that you have done something good.”

Alcoholia features Hrithik Roshan dancing in a never-seen-before manner with desi moves donning a gamcha, exuding fun & frolic onscreen. It has been sung by Vishal–Shekhar, Snigdhajit Bhowmik, Ananya Chakraborty. The music is given by the hit duo Vishal–Shekhar while the lyrics are written by Manoj Muntashir.

Written and directed by Pushkar-Gayathri, ‘Vikram Vedha’ is a remake of the Tamil film of the same name. The story of the film traces a tough cop Vikram (Saif Ali Khan) who sets out to chase a dreaded gangster Vedha (Hrithik Roshan). It is loosely inspired by the folklore of Vikram-Betaal.

‘Vikram Vedha’ is presented by Gulshan Kumar, T-Series and Reliance Entertainment in association with Friday Filmworks & Jio Studios and YNOT Studios Production. It is all set to hit the theatres on 30th September 2022.