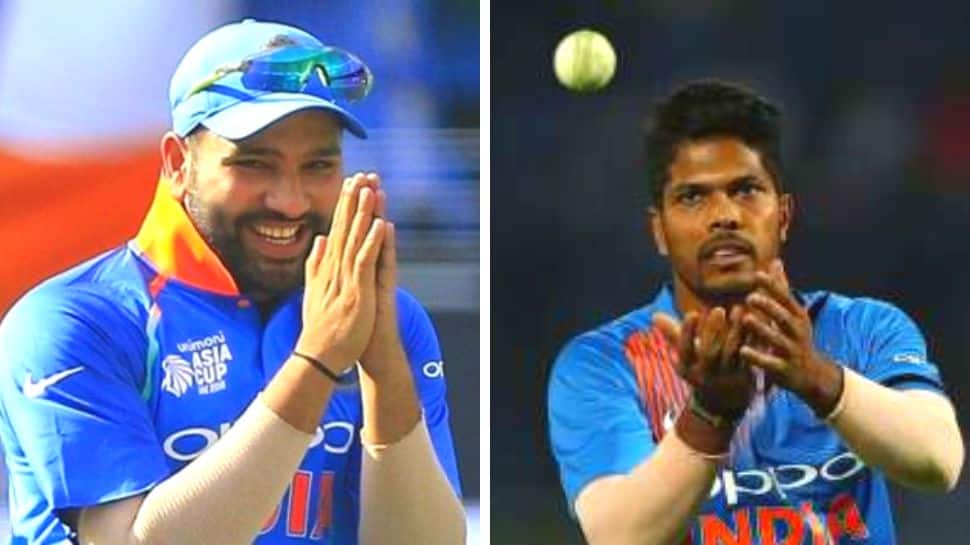 Indian captain Rohit Sharma shared the rationale behind speedster Umesh Yadav’s selection ahead of team India’s clash against Australia in the first match of the T20I series in Mohali on Sunday. Addressing a press conference, the star batter mentioned that Umesh Yadav is a quality bowler who has proven himself and gives the side a good option with the new ball upfront. Umesh Yadav was drafted in the side for the Australia T20 series after pacer Mohammed Shami tested positive for Covid on Sunday. Yadav has not featured for the Indian side in T20Is in the past two years and turned heads after he was called for the Aussie assignment.

Talking about other options, the captain said, “Few options were there. Prasidh is injured, Siraj is playing county and we didn’t want to fly him in just for a game or two. Avesh was sick in Asia Cup, he will take time to rebuild his fitness.”

“Guys like Umesh, Shami don’t need to be playing a particular format to succeed at it. They have proven themselves. It’s the quality. Young guys need to prove but not them. If they are fit and available they will be called back. We don’t need to look at form. We saw how well Umesh yadav bowled in the IPL. He bowled pretty well. He gives us option to use upfront with the new ball, swings the ball, bowls fast so not a much debate about him,” explained Rohit about Umesh’s inclusion in the team.

The righ-hander also talked about the importance of the series and said that series such as these help in getting a better understanding of the team. “Important to play such series, we find out about players, what they can do in different situations. I’ll never say we are a perfect team, all we can do is prepare, keep learning and improving, important to have modesty, challenging series as they are top two teams,” said Rohit.

India’s batter also gave clarity about the attacking approach that the team has opted to go with and the brand of aggressive cricket that it’s going to play.

“We will continue to play that way, we talked about that and everyone was comfortable with it. We know what our second line of defense is when we are in trouble. We have spend a lot of time talking about these things. The guys know how they are to play when 10/3 or when we are at 50/0. We have talked about such things at length and now it’s just about going on the field and executing it,” said the Indian captain.

Looking back at the Asia Cup, the Indian captain said that the team was able to set challenging targets due to the batting approach and most of the games were last over thrillers. he also mentioned that they needed a bit of luck which was missing.

“We posted above par scores on most occasions and the games were last over finishes. We were missing some luck. In such tournaments you need that odd runout or catch going your way. Rub of green has to go your way also which I am hoping can happen during the World Cup I hope,” said Sharma. Expressing his thoughts about reviewing the aggressive approach before flying for the World Cup, the swashbuckling batter said that the approach has proved fruitful for the team and they will continue with it while reviewing the progress and stats.

“Approach has given us success and the trust that we can play like that. We will have a review after the Africa series about how we have played till in the last 10 months and what we need to do in the world cup. All those things are reviewed,” said the captain. The matches against Australia on September 20, 23, and 25 and South Africa on September 28, October 2 and October 4 are India’s final T20Is before the World Cup next month. As such, they provided an opportunity for the team to assess Shami’s fitness following a two-month break from cricket.

These matches will serve as quality game practice for Men in Blue for ICC T20 World Cup 2022, which will go on from October 16 to November 13 this year. India could not even qualify for semis the previous year as they crashed out of the competition in the Super 12 phase.